Taking a Look at the Problems Behind Smartphone Addiction 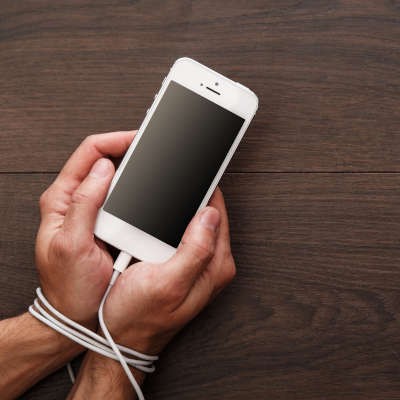 If you were to mention the term “smartphone addiction” to an incoming college freshmen (if you could get their attention), it would either illicit laughter or they would scoff at the notion that it is possible. We live in mobile times, and as a result, most of us actively use a smartphone. That’s not to say that most people are addicted to their device. This month, we wanted to look at the phenomenon that is smartphone addiction and take a look at its effects.

There is a stigma that comes along with being an addict. Whether a person is addicted to smoking cigarettes, having sex, or something much worse, the notion that they have lost the ability to moderate their behavior is a big deal, and carries with it serious problems.

Using a mobile phone can be an addictive behavior. The problem becomes, how can you tell smartphone addiction and what negative consequences does this addiction have? The normal person probably uses the smartphone more than is healthy, but people use it for work, to keep in contact with the people in their lives, to recreate, to read, or to interact with their digital community. If your smartphone is both a personal and a work hub, how can using it all the time be problematic?

Smartphone addiction is similar to drug addiction according to the DSM-5. Using the device releases dopamine creating a physical dependence on having the device at the ready. Some of the most prevalent symptoms include:

While it can be something as benign as not getting enough sleep, smartphone addiction can also have many negative effects on a person’s day-to-day wellbeing. Serious problems such as depression and anxiety can develop, even when the phone is nearby. One study suggests that people with smartphone addiction can have as much as a 270-percent higher-than-normal chance of developing depression.

If you think that someone you love has a smartphone addiction, here are some things you can do to aid them:

Do you know someone that could use some help controlling their use of their smartphone? Call our consultants at 020 8626 4485 today to find out more ways you can go about working around a smartphone addiction.

More posts from author
Tuesday, July 27 2021 Prepare for These 4 Types of Disasters Before It’s Too Late
Saturday, July 24 2021 Best Practices for Protecting Your Mobile Devices While Traveling
Thursday, July 22 2021 Tips to Find a Reliable Printer and Copier Maintenance Provider